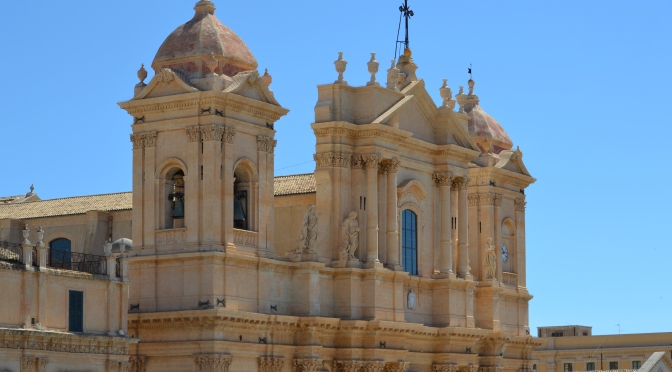 On the third weekend in May, Noto holds a festival of flowers which it has been doing for a number of years. Every year they take on a new theme and cover a street called Via Nicolai in a carpet of flowers. This year the theme was ‘Incontro con la Russia’ or An Encounter with Russia which is interesting given the current political situation. Regardless of politics the carpet of flowers was extremely impressive, at 22 metres long it featured 16 different designs representing among others the Bolshoi Theatre, Moscow, Yuri Gagrin, Matryoshka dolls and Russian ballerinas. In this fascinating cultural exchange you will also find Russian artists giving concerts, performances, exhibitions and working with Sicilian artists throughout the ‘Baroque Spring’. 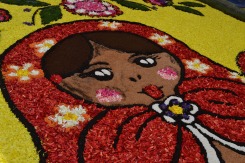 Close up of a Matryoshka 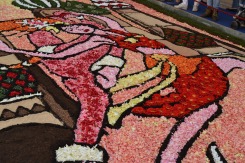 View of the carpet of flowers from above 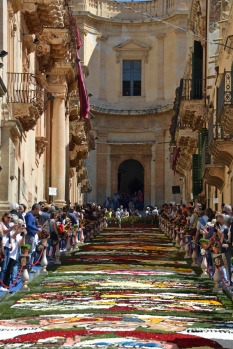 Crowds flock to see the carpet of flowers